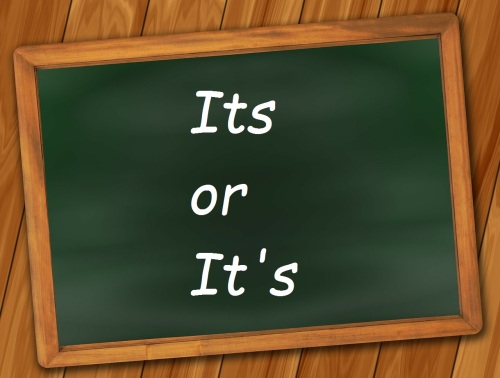 I’m putting my grammar Nazi hat on today. Don’t get me wrong. As an author of fiction as well as a copywriter for businesses, I fully appreciate that sometimes grammar rules are there to be broken. And I don’t think every rule they teach you in school should be adhered to 100% of the time, such as not starting a sentence with “and”.

At the same time, there is a difference between breaking certain grammar rules for effect, and breaking them because you don’t actually know what the rules are.

Let’s take apostrophes for instance, the most abused grammar rule there is. I remember seeing a sign for a burger place down in Devon emblazoned with “it’s” when they actually meant “its”. It just made the company look stupid.

So if you’re struggling with apostrophe use, hopefully this post will be of help!

You are reading Christopher’s blog and this blog is Christopher’s. That’s Fabienne’s wine and Kerrie’s car. Diana was the people’s princess. Simples. 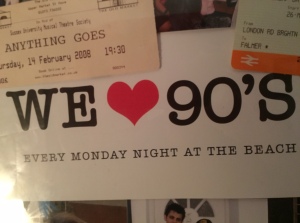 But some people use a possessive apostrophe when they shouldn’t. Take a look at the example on the left. “We love 90’s” is incorrect. The 90s or 1990s is a thing. It doesn’t need an apostrophe. Using it in this way suggests we love “something belonging to 90”.

In fact, you could even argue that 90s should be written ’90s. It has the apostrophe before it to indicate that you’re dropping the “19” from 1990s (the other main instance when you’d use an apostrophe – see below).

However, I think there is consensus that 90s, like 60s and 80s, is enough of a thing in itself that it doesn’t necessarily need an apostrophe before it.

The other use for the apostrophe is to indicate when letters of a word or phrase are missing.

So “do not” becomes “don’t”. We contract these two words into one and the apostrophe indicates the missing “o”.

“Cannot” becomes “can’t”. Historically “cannot” was two words (“can not”), but we’ve already turned them into one. Still, the apostrophe helps shorten the word even further by making up for the second “n” and the “o”.

“I would” becomes “I’d”. In this instance, the apostrophe is making up for 4 missing letters.

Then of course there’s the famous “you’re”, which is a shortening of “you are” but sadly gets confused with the word “your” extremely frequently.

Here’s a slightly different example: “The dog has gone bananas” becomes “the dog’s gone bananas.” You’re using the apostrophe to shorten the sentence, removing the “h” and the “a”.

“Its” is a possessive pronoun like “his”, “her”, “our” or “your”, but refers to a thing rather than a person. For example, “this book is worth its weight in gold” and “the shop just had its tenth anniversary”.

So next time you’re about to write “your”, stop and think to yourself — am I actually trying to say “you are”? And when you next write “it’s”, think — do I actually want to say “it is” or do I mean “its”?

That’s my grammar lesson for this week. In case you missed it, last week I posted a new promo video to my home page. If you’re looking for a copywriter, the video gives some information about me, my background, the services I offer, and why you should consider hiring me to write for your business in a very digestible 1 minute, 42 seconds.

View all posts by C.R. Berry

This site uses Akismet to reduce spam. Learn how your comment data is processed.